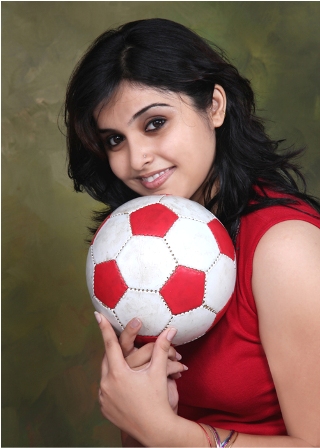 Actress Surabhi Hande who plays the role of Mhalsa in the serial Jai Mlahar being aired on Zee Marthi channel, says that her character is very interesting and she has leaned many lessons of life from her. According to the actress, the character’s simplicity and perseverance in coming through the difficulties in life is exemplary. She also says that the transition the character has gone through is also marvelous and she is happy the way things have shaped up for her after the serial went on air and fetched her recognition. When asked what she thinks about entering Bollywood , she quipped that she wishes to make her Bollywood entry with a few good roles like the ones that Rani Mukherjee has played in the recent past. “Rani’s role in No One Killed Jessica and Mardaani are challenging and bold. That is the kind of roles that can define a whole career. Given a chance, I would like to be known for such courageous characters played by me. “

Before stepping into the mythological serial, Surabhi completed her education in B.A. from L.A.D. College Nagpur. The pair of Malhar played by Devadatta Nage and that of Mhalsa played by Surabhi Hande is hugely popular among the Marathi audience at present.