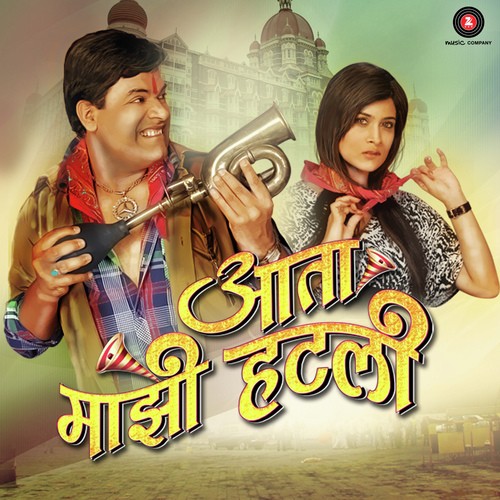 Bharat Jadav starrer Aata Majhi Hatli is a comic thriller. Ruchita Jadav and Kiran Sharad play lead roles along with veteran actor Bharat Jadav. Ruchita Jadav plays Neha who is a street smart and dominant girl. Shankar, played by Bharat Jadav is a taxi driver suspected to be a killer. Neha conspires to prove Shankar guilty of the murder and to do this she fakes being in love with him. Insisting that they get married she contrives the plan to nab this evasive criminal.

Aata Majhi Hatli promises fun, laughter and suspense. Hailed as one of the comedy kings in Marathi films Bharat Jadav returns to screen after Ek Kutub Teen Minar released in April which was also a Comic thriller. Ruchita Jadav, who is also a biker in real life, will be seen in a thunderous role along with Kiran Sharad. This Mahendra Devlekar directed film has music composed by Prashant Hedau.

The song Popat Kela Re has caught up with the audience. Dhadaakebaz is another dance number doing the rounds on Music channel now- a- days. Aata Majhi Hatli is produced by Shaleen Singh and Aditya Narayan Singh.  Bharat Jadav has tickled our funny bones earlier with Ek Kutub Teen Minar and Aga Bai Arrecha 2.