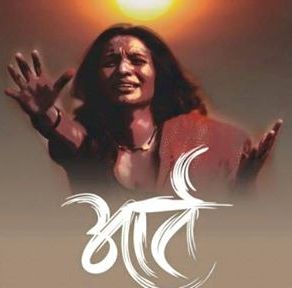 The Film Aart is a social drama, which has been making headlines on a constant basis. It is one of the rare movies in M Town, which was screened for the Lok Sabha members with English subtitles. along with winning the best film in the recently held Kalyan Film Festivals. The film has Shital Salunke, Ganesh Yadav, Jairaj Nair, Santosh Mayekar, Ajit Sawant, Ajit Bhagat, etc. in the lead and supporting roles, while the lyrics and music is composed by Suresh Ghayat and photography is carried out by Manish Patel. With so many interesting elements attached to this film, it is likely to do better when it finally hits the theatres.

The film Aart is a social drama movie that revolves around the Jaat Panchayat of Maharashtra and has been applauded by one and all in the Lokshabha that was screened with English subtitles. The film showcases the way the injustice has been present in our society and the way the women in the film is seen struggling with menacing role of Jaat Panchayat and their rules. Now, let’s see how the film performs when it finally hits the theatres. You better wait to catch the content rich film hitting soon in the theatres, till then you better keep on catching with us to get the updates about the same.