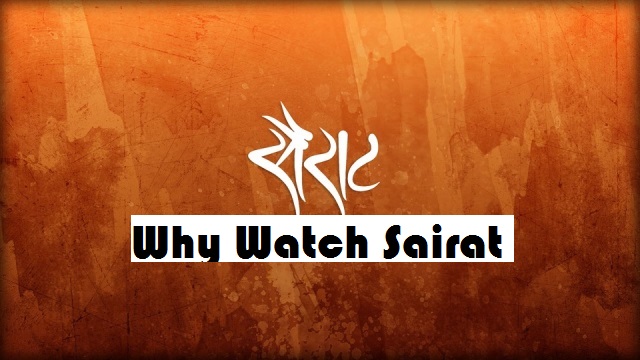 After making the national award winning film Fandry, the Marathi movie director Nagraj Manjule is back with another Bang. Yes, we are talking about his latest film Sairat, which is a love story with a difference. The film that is set at the backdrop of rural Maharashtra wherein lover is forbidden yet love is seen blossoming between the lead stars – Akash Thosar and Rinku Rajguru hailing from different caste and statuses. The film is based on class and caste divided witnessed in socio-cultural milieu in Solapur district. The film has two youngsters falling in love with each other against all odds and they fight their elders and society to get their innocent love. Sairat is nothing but raw, refreshing, heart wrenching and unapologetic love story. Let’s check the 5 highlights of the film, which give reasons to catch the film:

The very basic element in the film, which will strike you regarding the movie, is the unlikely portrayal of the leading leady. The fact of the matter is, in a movie a heroine does all the things, which a quintessential romantic hero does in the movie. She has done a lot in the film, right from riding a bullet in public to diving in a village well and used guns as well, which one can find the hero in the movie doing. No wonder she has got the special jury award for the film in the regional category.

The magical sound score from the duo music director Ajay-Atul is incredible, which will certainly going to mesmerize you. You take any song in the film and you would definitely going to be its die-hard fan. These songs reflect every mood one can aspire for be it youthful, zesty & rustic flavor found in the movie. Check the songs like Zhingat and Yad Lagla, Sairat Zala Re, which will certainly keep you in the loop.

It is a film from Nagraj Manjule, who is known as a realistic filmmaker. He leaves no stone unturned to introduce all the things that can make the cinema and storytelling realistic, which is simply a world class trait in this domain. He has portrayed the class-caste divide via simple examples in the entire film.

Cinematography can make or mar a film. But when it comes to Nagraj, he is simply awesome in lens management. The sound track in the fill is simply brilliant, which will definitely going to enthrall you.

The film is a classic example of having a well-balanced movie, which include having a fine balance between the filmy and romantic sequences with harsh realistic portrayal of the subject. Right from showing the innocent love to the realistic cruel and ruthless side of society, the film has loads to showcase over the silver screen with its well-balanced script.

Prarthana Behere to Debut in Bollywood