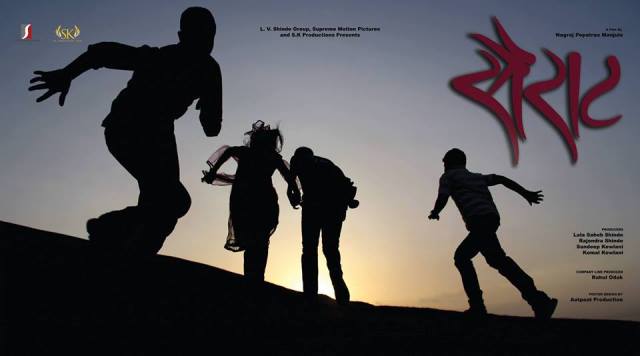 This Week in M Town, it was a solo release called Sairat. The film has Akash Thosar and Rinku Raiguru in the lead role, while it was directed by the award winning director called Nagraj Manjule, while the film happens to be a love story with a unique angle making its hype in the media. The director has left no stone unturned to make a realistic based love story portraying it with great dexterity and showcasing the story of a low caste man love with the one of rich daughter hailing from upper caste.  Thus you have all the elements in the film, which make it the most preferred one before the audience.

Sairat has enjoyed a decent buzz in the media, thanks to being screened in international film festivals like Berlin wherein the film was applauded by the fraternity of filmmakers. All these accolades have made the film get a decent buzz in the media, which will sooner or later become the cause of good earning at the box office. Now talking about the first day collection, as per reports, the first day box office collection tolled to around 1.50 crores, which is decent as compared to the money being invested in it.

Now, as we all know that Marathi movies are simply confined to Maharashtra state, which is confined to simply the region where this language is popular. Also, the movie has been targeted to the prime time of multiplexes, which witness a decent response; hence the experts are expecting a decent surge in the coming days especially in the first weekend. Also, the word of mouth buzz for the film is increasing with the passing day. The current collection of the movie is more than the budge of the film, which has therefore made the movie a decent grocer after the end of the day one.