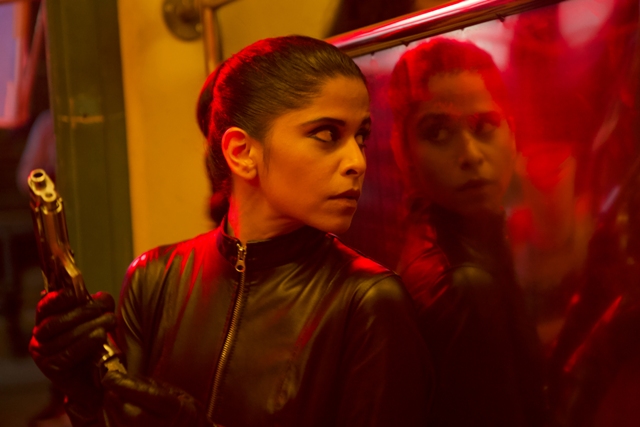 Saie Tamhankar, after winning hearts with her performances in Marathi and Hindi cinema is now thrilled for herupcoming ZEE5 Original ‘Date With Saie’. Directed by Dnyanesh Zoting, the series not only boasts of a powerful narrative, but also features Saie in a never seen before avatar. Saie has performed several action sequences by herself for the show, a first for her.

Through the series, you will see Saie jumping from a balcony, another shot of her fighting it out in a moving train, and a spine-chilling climax scene shot at a height of 50 ft.

Elated by Saie’s commitment, director Dnyanesh Zotingsaid, “While narrating the script to Saie, we told her that we have body doubles in place, but she was adamant on performing the stunts herself. All the action sequences have turned out to be a success and we are amazed by her dedication.”

Expressing her excitement, Saie added, “The script looked extremely interesting to me and I wishfully agreed to perform most of the action sequences myself. It was challenging for sure, but exciting at the same time. I trusted the team completely whether it was Dnyanesh or our action directorSalaam. I am looking forward to the audience response. Can’t wait for 5th December when ‘Date with Saie’ premieres on ZEE5.”