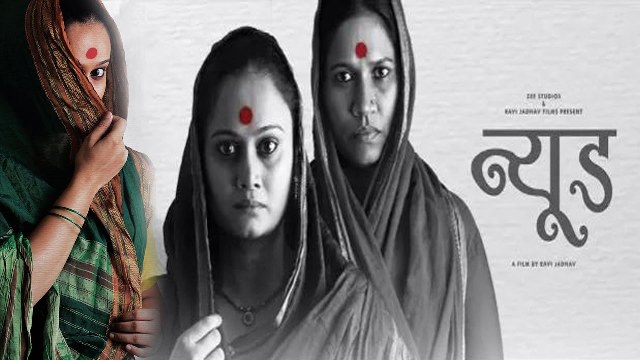 It was just on the International Women’s Day when we heard a big news coming from the M Town. The M Town film called Nude is finally got its release date by its makers. Yes, the makers of the film called a press conference on this day to inform the media that they are having their release date for their film as final. The movie called Nude, which happens to deal with some bold content, directed by Ravi Jadhav is likely to hit the screens on 28th April 2018. The press conference was held at the infamous place called JJ School Arts in Mumbai, which seemed to be in news since long time as it was discussed in the media.

The film then went on to participate at the popular Film Festival called IFFI, which made news for the title and the content as well. However, this controversy has made the audience intrigued about the film in a big way and they have been looking ahead to catch the film when it finally would hit the screen. The film has the character called Lakshmi which is dealt in the movie. The lady playing the character was also present in the press conference. She then spoke to the students and others present in the press conference and narrated the story on she people felt proud about her work. Now, she is really very happy that the movie is been made on that story and it all set to hit the theatres.

The director of the film called Ravi Jadhav has been the student of JJ School of arts and he claimed that the media that the movie Nude (Chitra) will not be sexualised in any way rather it simply presents the realistic and the most artistic aspect of the story. The actors playing the role in the film Kalyanee Mulye & Chhaya Kadam who happens to be the lead roles of the film. The story of the movie film is written by Ravi Jadhav himself whereas the screenplay is written by the known sensation ‘Gulabjaam’ fame Sachin Kundalkar! The film is finally hitting the screen on 27th April 2018.