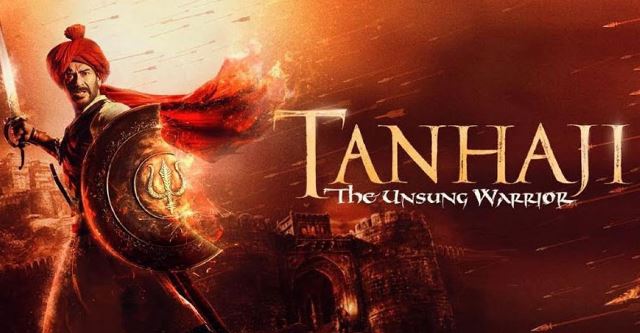 The period drama Tanaji: The Unsung Warrior has released last Friday amidst all the buzz. Since it deals with the story of the Maratha warrior, the makers felt the need of releasing it for the M Town audience as well. They were right in taking up such a decision as the Marathi dubbed film also got a decent response. At one end we saw the mainstream version of Hindi crossing the figure of 60 Crores mark on the first weekend, the other figure seemed less in comparison.
Yet when we compare it with any other film releasing in the M Town, which has a limited crowd to watch only confined to the Indian state of Maharashtra only. Well, with this, the 1st-day box office collection went on to gain around 2.5 Crores. The second and third day, however, witnessed a good boost giving the film a decent collection for the makers for the Marathi version.
As per reports, the 2nd-day collection went on to get around 4.10 crores, while on Sunday it was the highest of the three days reaching 5.25 Crores. The total figure was decent enough for the makers to celebrate. So, the first-weekend box office collection for Tanaji: The Unsung Warrior for Marathi version was around 11.85 Crores. Well, it is still a decent figure for the makers to celebrate. Interestingly, this was Ajay Devgn’s 100th movie in B Town and such a good reception for the film is the appreciation for his contribution to Hindi Cinema.
Share