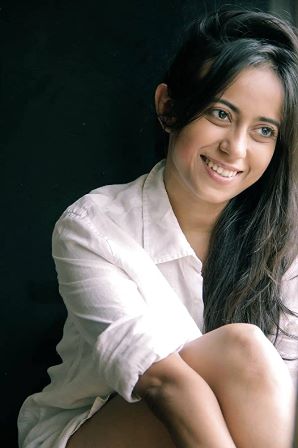 Ronjini Chakraborty is an actress active in regional and Hindi films. She was born and brought up in Calcutta. She did her schooling from La Martiniere, Calcutta, and later headed to Lady Brabourne College, Kolkata, and then headed to Pune to join FTII. She completed her graduation in History before heading to FTII for an acting course. Her mother however, wanted her to be a singer but she chose to be an actor. She started working in theatre groups like Theatrecian doing a couple of plays.

She then joined FTII to get formal training in it. After her FTII course, she returned to Calcutta and got her debut with a Bengali film Abosheshey in 2011 and then Tears of Nandigram the next year. The very same year she got From Sydney with Love playing Sneha and then I. D. She was then seen in other films including Autohead, Sesh Katha, Tumbbad, and seen in Bollywood film called Simmba playing the character called Poornima.

She then appeared in the film Article 15 for which she was applauded. She has remained a regular face in web series starting way back in 2013 with the show called Paanch 5 Wrongs Make A Right playing Zara Ahmed Khan. Her other web series include Man’s World, Stories by Rabindranath Tagore, Not Out PA Gals, Overtime and the recently released Lalbazaar. Talking about her personal life, she is dating Ashish Varma, an actor. Stay tuned for more on her and others only with us.