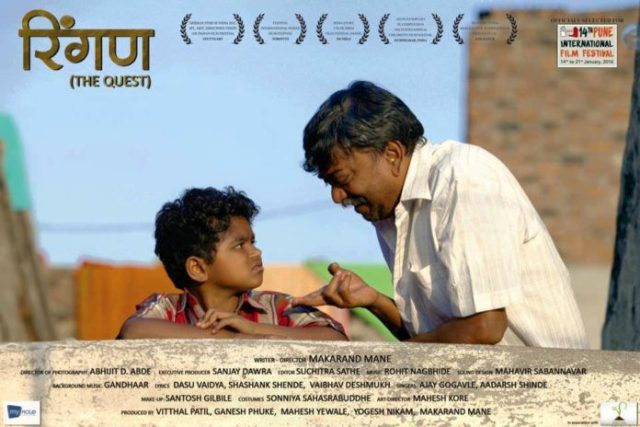 A Landmarc Films presentation and a My Role Motion Pictures production, Ringan’s trailer was digitally launched recently. In it, we can see glimpses of a little boy innocently looking for his mother and his unique struggle with his father. This little boy’s yearning for his mother on the one hand and his father’s best efforts to patiently tackle his son while facing many troubles as a farmer on the other are very well woven in to the trailer of Ringan.

This father-son duo reaches Pandharpur to make a plea to Lord Vitthala to show them a way out. But the path is not easy and full of challenges and obstacles. We always expect a miracle in the face of suffering; there is a profound line in the trailer that resonates with everyone that – Miracles do not happen on their own; we need to make them happen. How this miraculous, sweet and emotional relationship between father and son unfolds will be known only after watching the film.

ShashankShende proficiently plays the role of a debt-ridden farmer and the role of his naive, yet stubborn son is marvellously played by Sahil Joshi. The honesty of their performances shines through in the trailer and promises of taking the audiences on a moving journey with them. Supporting ShashankShende and Sahil Joshi, in key roles, are UmeshJagtap and SuhasShirsat.

The film is written and directed by debutant Makarand Mane, the cinematography is by AbhijitAbde. Ajay Gogavale has lent his stirring voice to a soulful song and VidhiKasliwal is presenting this poignant film.

Ringan, a Landmarc Films presentation and a My Role Motion Pictures production, will be released for audiences to experience on June 30th all over Maharashtra.