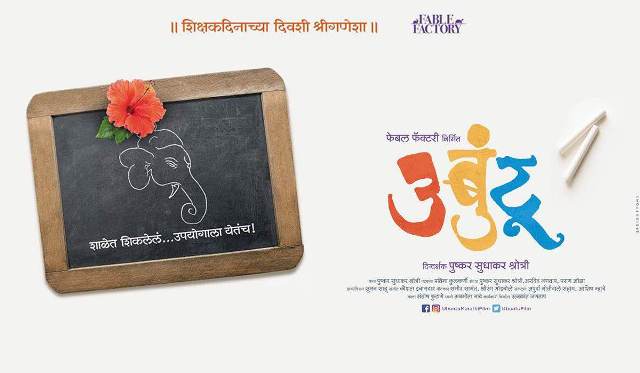 Pushkhar Shroti who is a known name in M Town is back in news for the reasons of opening up his innings with the Marathi movie Ubuntu. He was seen announcing about the same at the eve of Ganesh Chaturthi and Teacher’s Day, which will be the first movie of this man in Marathi cinema. He is not just the director of the movie but will be writing and producing the film as well.

The poster of the movie showcases the black slate along with the image of Ganesha drawn over it. The movie will be produced under the banner called Fabled Stories. The music for the film would be composed by Kaushal Inamdar, while it will be a usual one as it will be made on the Linux platform. Pushkar has been a known face in all the mediums of entertainment including TV, theatres and films, while he claims to embark with his first film to be a great entertainer for sure.