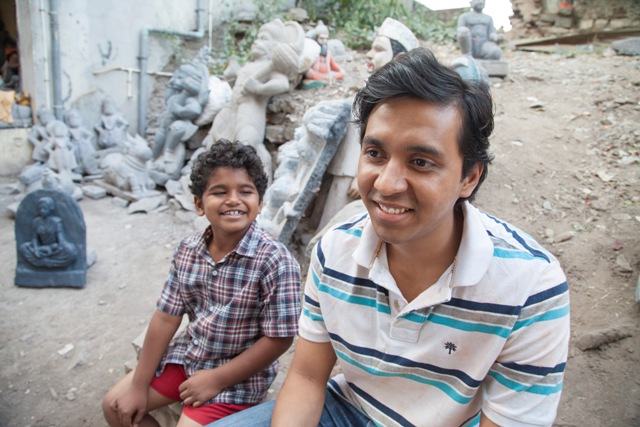 Abhay Mahajan, who found widespread fame and appreciation for the role of “Mandal” in the hit YouTube TVF Web-series “Pitcher”, will be seen in the forthcoming Marathi film “Ringan”.

Nowadays the internet is flooded with numerous web series, but breaking through the clutter, “Pitcher” was successful in making a mark amongst the youth with each of its characters, memorable. Amongst them, this Pune based actor, Abhay Mahajan, won the hearts of many with his brilliant portrayal of “Mandal”. He has showcased his immense acting talent time and again in movies like Harishchandrachi factory, Doh, Khamosh adalat jaari hai, Ranga-Patanga and many more. And will now be seen in Landmarc Films’ Ringan.

The film is written and directed by debutant Makarand Mane, the cinematography is by Abhijit Abde. Ajay Gogavale has lent his stirring voice to a soulful song and Vidhi Kasliwal is presenting this poignant film.

We adored the irrational personality of “Mandal” in “Pitcher”, now we will experience an altogether new avatar in the movie “Ringan”. Abhay will be seen playing the role of a mature sculptor, “Nilesh”, who along with moulding clay into beautiful sculptures, also moulds the mind of a 7-year old kid towards the correct path. This film will further reiterate what a versatile actor Abhay has proven to be in such a short span of time. He so easily and seamlessly switches between different roles and characters. And audiences are excited to see his new offering, Ringan.

Ringan, a Landmarc Films presentation and a My Role Motion Pictures production, will be released for audiences to experience on June 30th all over Maharashtra.