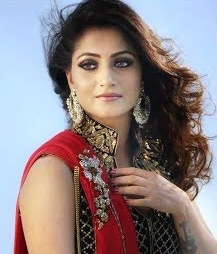 Namrata Pradhan is an Indian actress who hails from Marathi TV shows. She was born and brought up at Pune wherein she had her studies both schooling and college. She used to be active in different cultural programs in her colony and at school as well that made her to make her career in this field. Once she completed her studies, she then started focusing in getting a break in small screen. Hence she started sending her portfolio and profile to different studio and other places to get the right break in the industry till she got a call from the director of the show called Chhatriwali.

She then went for the audition after getting shortlisted by the cast group and then gave two auditions to get selected for the TV show called Chhatriwali. The show went on air last month and she has been enjoying her first show as the lead character. She said in one of the interview how she was selected for the show in one of the Marathi TV popular channel. She said that the makers found some resemblance and connection with her personality to their lead role. According to her, she has some similarities between herself and the role she is playing in her character.

Though she is not that ardent fan of any umbrella as seen in the said TV show, but yes she loves the umbrella a lot. Like her character in the said show, she is also close to her family and is very much connected with them. She said she also used to keep the umbrella all the time as she used it in the sun along with the monsoon season that convinced the makers that she is the perfect stuff for their TV show. Now talking about her personal line, she is very much single and not linked with anyone as she is currently focusing on her career. She is doing well in her show and is seen coming out with it.