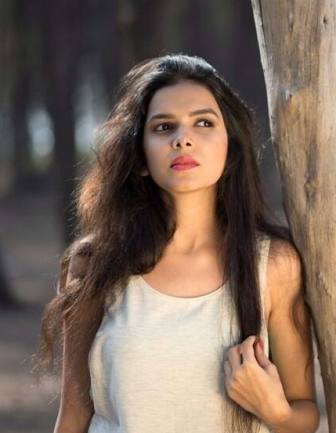 Mitali Mayekar is among a popular name in Marathi Entertainment world, who will be soon seen in a Marathi movie called Urfi. She was born on 10th September 1996 and has been active in the industry since 2009. She hails from Thane where she was born and brought up in a middle class family. Though she didn’t dream to enter into the acting world yet after getting an opportunity in a film called Billu wherein she worked as a child actor, which made her serious to take up this career option a lucrative choice. She did her college from Ruia College based in Matunga, Mumbai. In fact, her college days, she used to be active in cultural program and soon even joined a theatre group to groom her acting skills.

One of the popular play in which she acted include Nanaitik. During her college days, she won a number of awards, which promoted her into this world. When she completed her education, she got the chance to work in small screen. Some of her TV serials include Tu Majha Sangati, Asambhav, Bhagyalakshmi and Uncha Majha Zoka working in supporting and main roles. After working for a couple of TV serials, she got the chance to work in a Marathi movie called Urfi, which is releasing soon. This will be her debut film in Marathi Cinema. As far as her personal life is concerned, she is still single and not dating anyone. She lives in Thane with her parents.