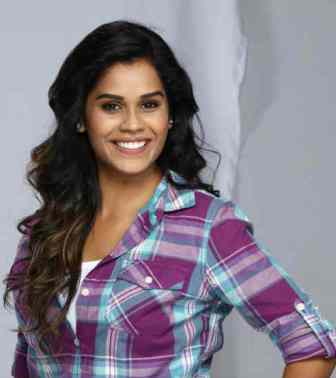 Manjiri Pupala is a known Marathi TV and film actress who was born and brought in Mumbai. She completed her schooling from I.E.S.Digamber Patker Vidyalaya Dadar TT, Mumbai, and then went on to complete her graduation in Mass Media from the Department of Communication & Journalism, University of Mumbai. Besides, an actress she is also a writer and has written a couple of films as well. These include Shor Se Shuruaat (2016), Grahan(2018) and Youth (2016). During her college days, she was linked with theatre groups and has been active in doing a couple of plays in the city. Her mass communication background led her to write, and she has written for a couple of movies as well.
Once she completed her studies, she started doing her plays full time along with trying her luck in the small screen. She was soon roped in the show called Dil Dosti Duniyadari, which is a Marathi television sitcom that was produced by Sanjay Jadhav and Deepak.  Her character in the TV show was applauded a lot in the media and by the audience. She was soon offered M Town film called Party, which is produced by the production company called NavVidha Productions Limited, while it was produced by Jitendra Ramesh Chivelkar and directed by Sachin Darekar. The movie is releasing on 24th August 2018.
She is currently busy in promoting her film on Social media and other platforms. She has been active in the social media, which makes her promote her movie and remain in touch with her fans as well. Talking about her personal life, she is very much single and not ready to mingle as she is focusing on her career. She is a short career span was able to achieve a lot. Letﾒs see how things would move in her direction. Well, stay tuned to know more about her and other things related to her. Do comment on it to let us know what do you feel about this lady.
Share