Made In Maharashtra Music Launched 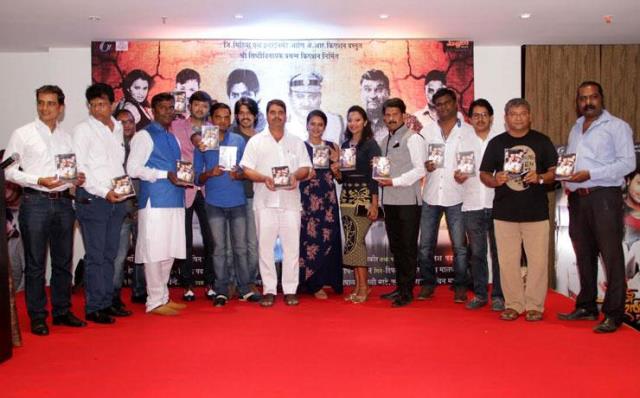 Well, we often hear the popular brand called Made in India in the newspaper and other forms of media, however, of late, one can hear a new brand being promoted Made in Maharashtra. Don’t worry, this is very much different from the former. The former is a GOI initiative, while the latter is an upcoming Marathi film of Shree Siddivinayak Prasanna Creations, which is made in association with Jee Media and Entertainment along with the AR Creations. The film is directed Nitesh Pawar, while the music of the film is launched just recently in Mumbai.

The music launching was done in the presence of the entire crew of the film including the  Shri Satish Padve, trustee of Shree Siddhivinayak Mandir Trust. The film has Bhau Kadam, Arun nalawade, Jitu Goswami, Priya Gamre, Pravin Garje and Shital Gaikwad in the main lead and supporting roles. The film has the music by Vilas Gurav, while the lyrics is being jotted down by Deepak Anjewar and photography is carried out Hemant Salve. There are five songs in this movie, which is being sung by the popular singers of M Town.