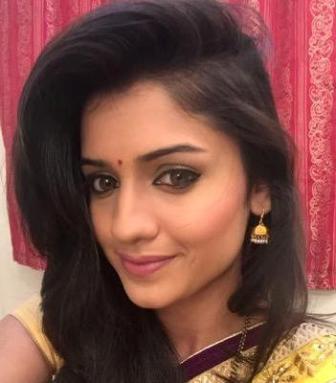 Hruta Durgule is among the fresh faces in Marathi TV industry. She was born on 12th September 1990 in Mumbai the city of dreams, wherein she was brought up in a middle class family, which happens to be a non-filmy background. She did her schooling from Mumbai itself with her graduation from Ram Narain Rui College. During her college and school days, she loved cultural programs and dance in which she participated that become the base of her to enter the acting world. So, when she completed her college, she planned to enter the small screen world and with brief struggle she got the Marathi TV serial called Durva.

She has the lead role in the said TV serial of Star Pravah called Durva itself. She got this role in 2014 and since then has been appearing in the said serial. Her career span in acting has started in 2013 when she completed her graduation and with her brief struggle, she managed to get this lead role in the said TV serial, which she calls to be a milestone thing in her life. As far as her personal life is concerned, she is still single and not dating anyone. She is currently focusing on her career and wants to make a good career from acting, which happens to be her passion.