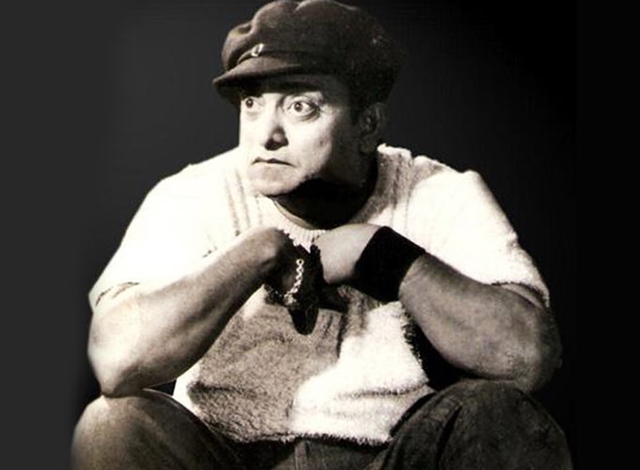 Identifying a friend’s good qualities and suggesting ways to make the most of these is what a true friend does. Such friendships are not uncommon in the Hindi film industry either. Take for example the one shared by Bhagwan Dada and ‘Showman’ Raj Kapoor.

Bhagwan Dada was well known for his direction, acting, fight sequences as well as camera handling. And as is the case with many people, he was content with what was giving him fame and wasn’t trying anything different. That’s when Raj Kapoorfelt that something is amiss and he suggested Bhagwan Dada to try his hand at making a social cinema.
Not wanting to hurt his friend, Bhagwan Dada thought about this suggestion and decided to make Albela.
He wrote the film’s story and played the role of Pyaare in the film. Soon the search for Pyaare’s Asha began and after some thought, Geeta Bali gave a nod to portraying the character. Albela was made and it became a huge hit; such a big hit that today a film about it and its maker is set to hit the screens.
Be it Albela or any other Bhagwan Dada film, the life of this multi-tasking man was as entertaining as his onscreen performances. Ekk Albela, the biopic on Bhagwan Dada, aims at exploring this very attribute of Bhagwan Dada’s life along with his friendship with Raj Kapoor and his relation with Albela’s music composer C Ramchandra among others.

Ekk Albela, produced by Manglmurti Films and Kimaya Motion Pictures, features Mangesh Desai in the role of Bhagwan Dada and Vidya Balan as Geeta Bali. Other actors include Tejaswi Patil, Vidyadhar Joshi and Swapnil Rajshekhar. The film’s cinematography has been done by Uday Deore and music has been composed by Santosh Mulekar.
This Shekhar Sartandel directorial hits screens on June 24