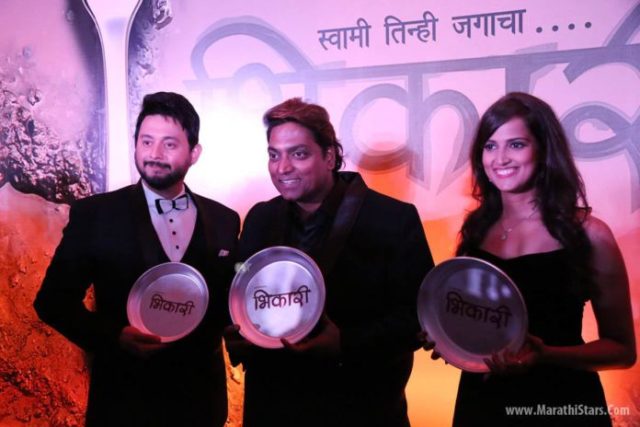 We all know Ganesh Acharya as a choreographer, actor and director of B Town. He has given many hit songs with his incredible choreography both in Bollywood and Marathi Cinema. His recent directed movie in B Town includes Swami & Money Hai Toh Honey Hai. Well, now as per the latest buzz in the media, he is now gearing up for the M Town film Swami Tinhi Jagache: Bhikari which has an interesting star cast and team.

He was recently seen noticed with his latest Marathi movie hits called Holicha San lai Bhaari, Dashing Govida and Tujhi Chimni Udali Bhurr which he has choreographed. Her further teamed up with the age old friend Sharad Devram Shelar and is producing under the banner Mi Marathi Film Productions. The film revolves around the sensitive relationship between the mother and her son with their business at the backdrop.

The film has an interesting star cast as said above, which include Swwapnil Joshi, Guru Thakur, , Rucha Inamdar, Milind Shinde, Sayaji Shinde, Kirti Aadarkar, Pradip Kabra and Sunil Pal. The film has already hit the floor and was inaugurated by none other than the megastar of B Town – Amitabh Bachchan and Tiger Shroff. The duo congratulated Ganesh for his debut in M Town with his direction  Swami Tinhi Jagacha : Bhikari.