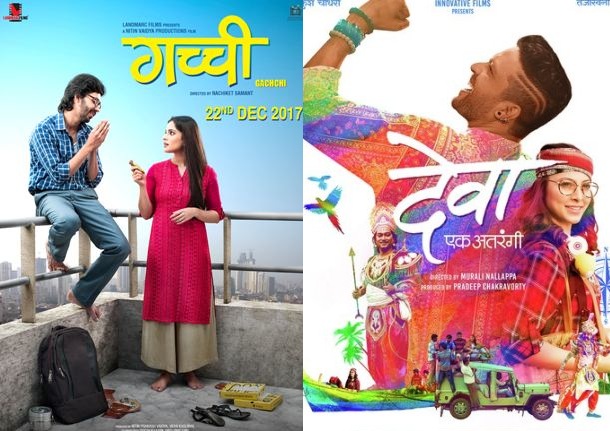 The M Town had two films Deva Ek Atrangee & Gachchi hitting the screens on this Festive Friday. Looking at the way the films have performed over the box office. Well, let’s talk about the first film called Deve Ek Atrangee, which was released this Friday had been doing better. Well, now it has garnered a decent amount of buzz in the media. The people are seen liking the movie, while most of the critics have given a decent review for the film. In a way we find the film doing better in terms of collection. The occupancy report of the film has been reported to around 65 percent over the box office.
So, as per the reports, the film Deva Ek Atrangee has embarked upon with the collection of around 2.10 crore. Though on the other side it had to bear the competition heat by the film to a great extent but looking at the way the film has performed has shown a decent buzz in the media. The experts are expecting a decent collection in the first weekend of the festive time. Now, talking about the other film called Gacchi, it has performed in a decent fashion with the collection reaching to around a decent note. As per reports, the film has witnessed an occupancy of around 40 to 50 percent had seen an okay kind of collection.
As per reports, the first day box office collection for Gachchi went to around 1.10 crore over the box office. The experts are expecting to see a collection going up in the first weekend. Many are sure to see the word of mouth buzz going up and doing a decent business in the media. The film is called as a real yet unpredictable kind of film with lots of elements like comedy, drama and suspense of two strangers who are seen undergoing bad time. Many have given the film a good review, which is likely to do wonders over the box office. Well, do you have anything to say, do let us know your views on these two films and the way they have performed over the media at the box office.