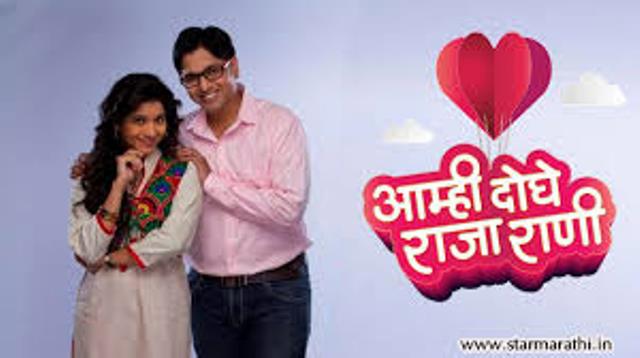 The makers of the upcoming TV show of Star Pravah called Aami Doghe Raja Raani is back with its title song. The TV show has Deepti Lele and Mandar Kulkarni in the lead role, while the two are featuring the title song released recently by the makers. The title song if portrayed with the help of Stop Motion Animation Technique, while the song is composed by Shashank Powar and it is jotted down by Vaibhav Vanita Joshi. The song has the voice of Rohit Shyam Raut and Madhurra Kumbhar.

The couple in the TV show is happily married but soon the two families unite to live with one another, which is really seen in the TV show giving loads of fun to the people catching the same. You can now catch the said TV show soon on Star Pravah at 9.30 pm sharp. So, if you are yet to catch the title song from the TV show called Aamhi Doghe Raja Rani, time to catch the same as under: