Catch The Teaser of Shashan 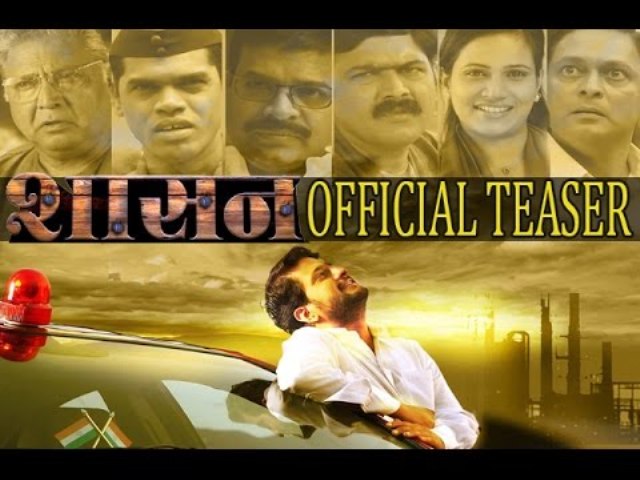 The most awaited multi-starrer political drama called Shashan seems to have embarked with its teaser by its filmmakers. Here in this movie you can find a number of veteran actors coming together the first time. The film is releasing on 15th of January 2016, which is directed by Gajendra Ahire, while it is produced by Shekhar Phatak under the popular banner called Shreya Films. The movie has a number of stars including Makarand Anaspure, Jitendra Joshi, Bharat Jadhav, Siddharth Jadhav, Manava Naik, Dr. Shriram Lagoo, Vikram Gokhale, Vrinda Gajendra, Nagesh Bhosle & Mohan Joshi. If you are still to catch its teaser, why not have a look at it as under: