Catch the Poster of Maratha Tiger 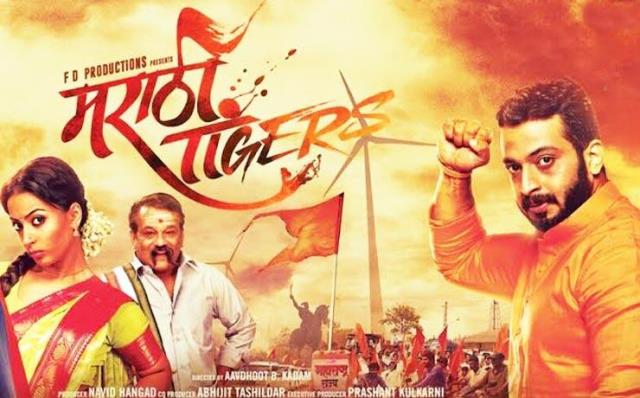 It not that long to see a Marathi film based on a love story, which was seen in between a typical Marathi boy and a Kannada girl based in the border areas of the two states. This very film showcased the conflict found from the parents end as they opposed their love and marriage. Now, the Marathi Cinema has more than the love story; which is seen carried out at the backdrop the same Maharashtra-Karnataka border dispute. The film has showcased the injustice, which is being carried out by the police and administration as shown in the promos of the film.

Well, check the first look of the teaser of this movie, you would find out how social media platforms have been giving a decent response for the film. However, the Karnataka government has got the ban on this film and even pleaded the Censor Board to get a re-check of this film as it has been managing the sensitive issue against the government. The filmmaker however has announced the date of the film release as 5th February 2016. The lead actors of this movie is Dr. Amol Kolhe. The film is directed by Avadhoot B Kadam, while the other lead artistes of the film include, Ashish Vidyarthi, Vidyadhar Joshi, Vikram Gokahle, Kiran Sharad and Mahesh Koli.