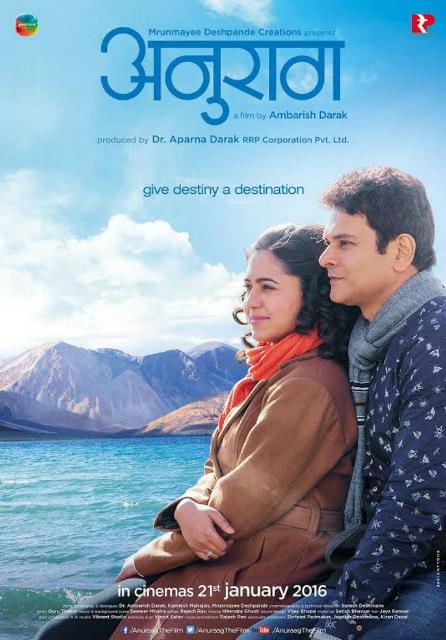 Finally the first look poster of Anurag directed by the popular eye surgeon called Dr. Abhishek Darak has been revealed in the media. The film is releasing on 21st of January 2016. The film has the lead stars including Mrunmayee Deshpande and Dharmendra Gohil. Interestingly, this film was shot in Leh Ladakh area, which is around 18500 feet above sea level. The actress is also the assistant director of the film who has been a known star of the small screen. As you check the poster, you find the tag line, which says, it’s never too late to fall in love again. It is the brainchild of the eye surgeon and director, while the music of the film is given Sameer Mhatre. Check the cool poster of the film Anurag and don’t forget to air your views: