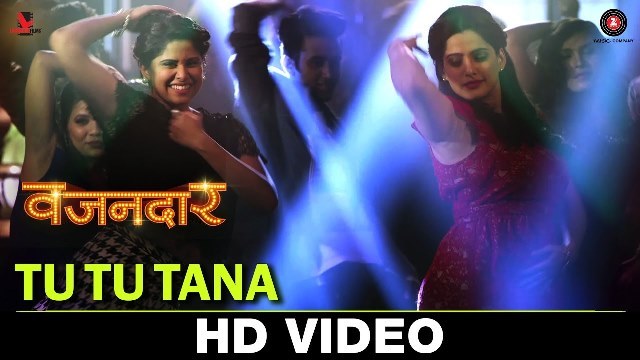 The makers of Marathi movie Vazandar are back with another song called Tu Tu Tana. The film is of Sachin Kundalkar which deals with the issue of obesity and the way the world perceives about this issue. The trailer of the movie released earlier has gained a decent buzz in the media.

Now, with this song one can find both the heavy weight leads turning viral over the social media for their causes of embarrassment that is seen establishing a conflict in the movie. The song is sung by Shalmali Kholgade and uniquely quirky choreography and is credited over Mansi Aggarwal. The visuals of the song have an infectious vibe in it. The song has such a youthful fresh vibe in it.

The film has lead stars like Sai Tamhankar, Priya Bapat, Siddharth Chandekar, Chirag Patil & Chetan Chitnis in it who would be seen in the pivotal and supporting characters. Well, the film is releasing on 11th of November till then you better enjoy the exciting song as under: