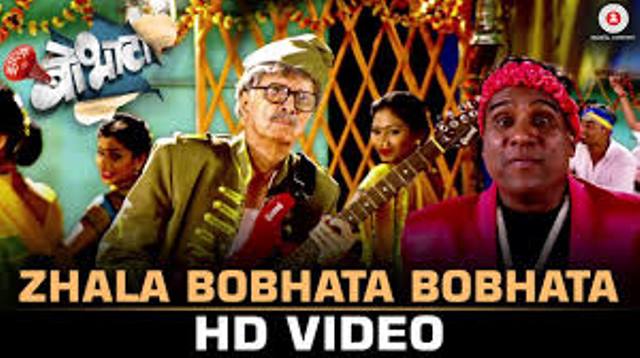 After Sairat emerged out as a big hit it is obvious to see its impact over the M Town in a big way. Hence to see similar trends that put an impact over the other M Town movies is no surprise. After caching up the song called Painjan from the film Zala Bobhata, the similar thought is seen crossing your mind.

The song happens to be a romantic track, which has been made in rural areas of MS state with some really cool locations. The song is shot in Mayuresh Pem and Monalisa Bagal. The colorful costumes seen in the rural scenery and extensive use of slow motion simply would remind the songs from Sairat. This song is composed by AV Prafull Chandra while he is the only man who gave voice to this song.

The lyrics are jotted down by Mangesh Kangane while the tune fails to capture the attention of the audience. The singer has simply mispronounced in a number of Marathi terminologies. She is known to have a cute innocent look, which is seen making people ever smiling. The film is directed by Anup Jagdale. Time to catch the song as under: