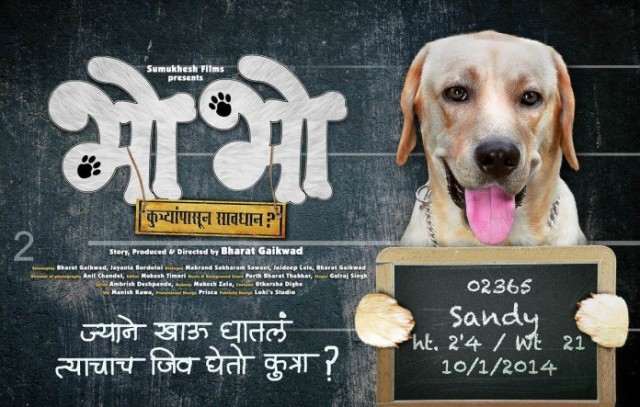 The Marathi movie Bho Bho is all set to hit the theatres soon. As per the recent buzz the film has reached to a international film festival, while its newly released poster is makes waves in  social media sites. The film is produces and directed by Bharat Gaikwad, while it will be hitting the theatres this New Year. The film is basically a suspense thriller, however, it has loads of humour in it so we can call it a thriller comedy.

Bharat Gaikwad who is the director of this film is doing his debut in Marathi Cinema after trying his hand in Hindi and Marathi small screen world. The lead actor of the film is Prashant Damle who a private detective is called Bhonde. You can find him along with the actors like Subodh Bhave, Ashwini Ekbote, Sharad Ponkshe, Sanjay Mone, Saurabh Gokhale and Kishor Chaugule in the lead roles. Well, as the film gears up to make its buzz in the Marathi audience, how about catching up its new poster as under: