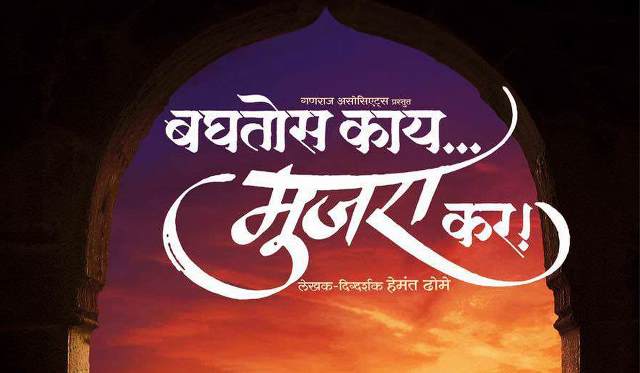 Here comes the title track of the upcoming Marathi movie called Baghtos Kay Mujra, which can be called as the complete spirited tribute to Maharaj. The makers have released earlier the teaser of the film, while the film is made by the same man called Hemant Dhome who has created the film Poshter Girl as an actor and writer in it. Now with this film, he has entered into the M Town with the debut in direction.

As you check the title track, it is seen working like a sneak peak movie in this movie, which was released with great fervor and spirit. The film has Jitendra Joshi, Aniket Vishwasrao & Akshay Tanksale in the lead roles and the song is seen completing the visuals the in the most fantastic in the video and the vice-versa.

Time to catch the song as under: