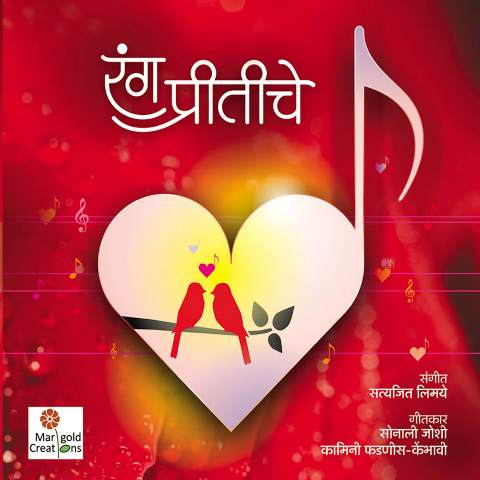 Recently a musical album called Rang Preetiche was launched for the Marathi music lover, which includes some of the most soothing numbers in formats like Ghazals, Tarana, western jazz and bhavgeet that sounds to be a perfect treat for music lovers in order to get the soothing and memorable experience. The music is produced and composed by Satyajit Limaye, while the lyrics for the album is given by Sonali Joshi along with Kamini Phadnis Kembhaiv wherein the arragements for the music is carried out by Anand Kurhekar, Milind Gune and Satyajit Kelkar.

The roll call of singers can be seen with some well-loved melodies including the ones from Anand Bhate, Madhura Datar, Hrishikesh Ranade, Sachin Ingalre and Priyanka Barve. The Music album is presented under the banner of Marigold Creations and is currently found in a number of online stores and streaming portals like YouTube, Saavn, Amazon and iTunes. If you are still to catch an ear for the soothing music collection, why not have a get an idea for the following videos as under: