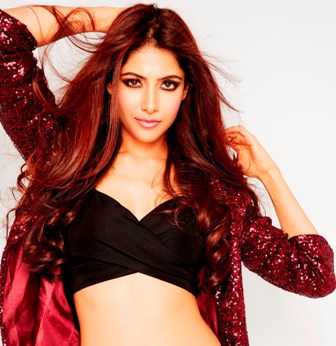 Aparna Sharma is an Indian model turnedactress. She was born in Lucknow and brought up in several parts of India. Her birthday date is 23rd July 1995. Sharma completed her secondary education from The Air Force School, Delhi, and her graduation from Delhi University. Sharma got signed by the Elite model management company, which was the start of her modeling career. After trying her luck in the modeling industry she was seen doing her first film Rum Pum Posshh, which was directed by Sam Shauzab Khan and produced by Shailesh R. Singh.

The movie is slated to release in 2015. However, her debut film is Guddu Ki Gun, directed by Shantanu and Sheershak and produced by Eminox Media, slated to release on 30 October 2015. The trailer was released on 5 October 2015. During her modeling tenure, Sharma did TV commercials for Parle Monaco with Aamir Khan,[5] ESPN Brand Film with John Abraham, Coke with Imran Khan, Chik Satin Shampoo, Samsung Mobile, and more. Upcoming movie Guddu Ki Gun is Sharma’s debut feature film. She has also signed a 3-movie contract with Balaji Motion Picture

Talking about her personal life, as said she has lived in several parts of India including Himachal Pradesh, Delhi and Mumbai due to her father’s job in the Indian Air Force. She pursued her higher education while living in Delhi. When her father’s job brought the family to Mumbai, Sharma decided to give modeling a try. About her personal life she isn’t dating with anyone as she has to focus on her career.