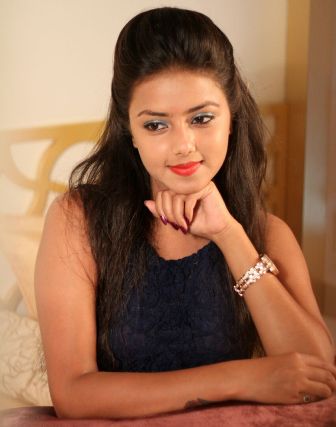 Monalisa Bagal also known as Mona Bagal and Priya from Zala Bobhata is a Marathi TV and film actress. She hails from Lonavala, near Pune wherein he was born and brought up. She completed her schooling from Lonavala followed by her college in Pune. During her college days, she remained active in things like play and cultural activities, which created her interest towards films and acting. Once she completed her studies, she headed to Mumbai to make her dream come true. With a bit of struggle she got the chance to enter into small screen but couldn’t complete it for some technical reason.

She was then lucky enough to be picked up for a Marathi movie called Prem Sankat by an M Town director who was looking for a new face for his film. Her performance in the film was applauded that gave her another film called Zhala Bobhate which was directed by Anup Jagdale wherein she played opposite the actor Mayuresh Prem. The film got positive review and so her performance as well. In fact, the film got a good review from the known director of Bollywood called Rohit Shetty who is now keen to make its remake in B Town.

Now she is coming with her new film called Dry Day along with other untitled one. She is young and innocent as described by her friends and close ones. Talking about her personal life,she prefers to stay away from glamour and is very much focused in her career. Hence she is not into any kind of relationship. She is not dating anyone as she feels that she should focus on her work as she can get her life partner later. He upcoming project called Sobat is all set to hit the screens this year, which is her upcoming movie. Talking about her personal life she is not in relationship with anyone. Stay tuned to know more about her and others.