Post months of some delicate maneuvering, the InSight Lander by NASA has finally finished the placement of the hyper-sensitive seismometer over Martian surface. This instrument has been designed for solving the mysteries with regards to planet’s interior while detecting booming thunders in the planet known as “Marsquakes”.

However, just weeks into the run, this car-size lander heard something known as minute tremors which continually rocked the red neighbour. If marsquakes can be dubbed as drum solo, the microseisms can be dubbed as bass line.

The first signal became apparent early in the month of February after the lander happened to place protective shield on the seismometer. This is the very first time that microseisms of such extent have been noticed happening on any other planet.

On Earth, the microseisms tend to be ubiquitous and are caused largely due to the sloshing coming from the oceans due to tides and storms. Despite the science fiction dream of writers, the planet Mars has no such oceans in the present-day scenario. Scientists studied these microseisms and discovered the fact that these noises were being caused by the low-frequency waves of pressure from the atmospheric winds which rattle the Martian surface that includes longer-period of waves named the Rayleigh waves.

Stanley is a core member of the team at Just Marathi. He flaunts a strong hold over English language. His grammar is perfectly on point with excellent skills for editing and proofreading. Every news published at Just Marathi is crosschecked by Stanley for any possible error. Additionally, he also specializes in creating and curating Science news content for the website.
Previous Experiment proves that humans can actually sense Earth’s magnetic field
Next Jet Airways amid worst crisis ever as pilots threaten strike 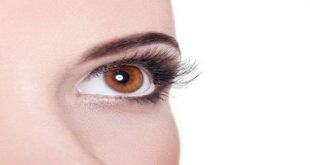